In my bedroom, in an ancient farmhouse in eastern, central Vermont, I gaze into the beveled-glass mirror of an Eastlake dresser.  The slightly wavy reflection reveals the wrinkles and greying hair of a woman just over fifty. I think of the many times I have stood, just like this, in front of this beautiful, simply carved, handmade furniture. This mirror has reflected back all of my journeys for most of my life: moves to college, many apartments, across states and back, marriages, births, joy and sorrow, and finally this chapter in Vermont. This dresser was the first piece of furniture I ever owned, my first antique in a life-time of loving old things. But this dresser has a story is even richer than than mine, beginning long before it first reflected my pig-tailed, nine year old face for the first time.

When I was about nine,  a blue, three-speed bicycle from Sears, gave me freedom to pedal independently through the streets of my southeast Portland neighborhood to the Woodstock library. If I had a quarter, I could stop at Carl’s Texaco on the way, the one where my dad had worked as a teenager (for we then lived in the house where he had grown up), and get a stubby green-glass bottled coke from the machine. Some days, after the library, instead of going back home to 38th street,  I would keep going, my books clamped onto the rack above my rear tire. I would ride beyond Otto’s Delicattessen and McCreights Hardware, to 53rd off Woodstock, to a little dead-end street where my Grandmother occupied the downstairs of a rambling old house, renting-out the upstairs apartment to tenants.

I loved my grandmother’s house. It was like no other place in the world. Time stopped still inside her antique-filled, drape darkened rooms where dust motes lazily danced in the filtered light. Long dead relatives peered sternly from sepia toned-portraits on every wall. Soft, slightly-stale cookies always awaited in the chipped blue crock on the kitchen counter. Handmade lace, time-seasoned wood, ornate frames, high beds with carved headboards and matching dresser sets, partnered with hand-hooked flowered rugs to greet chilly feet in the morning, Grandma’s house was so different from the sibling-created chaos of my own. And always in the background was the sound of my grandmother humming in the kitchen or garden.

I was a snoopy child. Curious. Grandma’s closets and drawers and old albums never disappointed. They were treasure troves of things from another time, another place. My Grandmother, Olive Irene Brown Jost was an Easterner. Not just that, but a Canadian, whose Great Grandparents, still loyal to the British Monarch, had fled the fledgling independence of the young United States, north, to the tiny Quebec village of Ayer’s Cliff on the shores of Lake Massawippi. On the hills above, they established farms along a road still called Brown’s Hill, their names are now etched in marble on the stones in the tiny cemetery behind a creaky iron gate; Joshua, Lestina, Frederick, Caroline. I had grown up on stories of birch trees, and homemade maple syrup, sleigh rides, the work of feeding a noon table-full of hungry farm help, and snow deep enough to cover windows, things exotic and alien to my urban Oregon childhood.

One particular afternoon, while refreshing after my bike-ride, with milk and cookies in the kitchen, Grandma mentioned her tenants had recently moved out. The upstairs was empty! The apartment! A new territory  to explore! “Grandma, could I go and see the upstairs?” Permission granted, I set off up the usually prohibited staircase off the dark and chilly hallway to the rooms above. There was something exciting about seeing these rooms, furnished as they were with odd cast-offs, most many times coated with various layers of paint. The rooms beckoned of independence, of becoming a grown-up..playing house for real. I fantasized about living there, wandering through th

e kitchen, the living room…into the bedroom…and there I saw it, the most beautiful dresser I had ever seen. It had three drawers with ornate brass pulls and a tall carved mirror atop. I couldn’t wait to ask grandma about it. She explained it had been in her family for as long as she could remember. It had come west from Canada after her parents, who by then had settled on the shores of Lake Massawippi, had both passed away. Then to my astonishment, she said, when I was twelve, it could be mine!

Three years later, it arrived into my upstairs bedroom now on NE Couch street, and was settled onto the baby blue carpet, surrounded by freshly painted purple walls adorned with horse posters. Over time my reflected pigtails gave way to a Dorothy Hamill wedge, pictures of horses were replaced by Argus posters with pithy quotes and photographs. Everyday since, the mirror has reflected my life. With our move to Vermont, this old dresser has come full circle almost, arriving within a few hundred miles of where its story began, where the timbers from which it was crafted, began as trees, weathering New England seasons. In these past few years I have driven a sleigh, eaten maple syrup homemade by a friend, passed several cycles of New England seasons including a winter with snow nearly up to the windows.

When I gaze into the mirror, I sometimes wish I could see the ghosts of reflections past, my grandmother’s steady brown eyes.  More than just a piece of furniture, this old dresser contains my past that connects me with my future. Full circle. 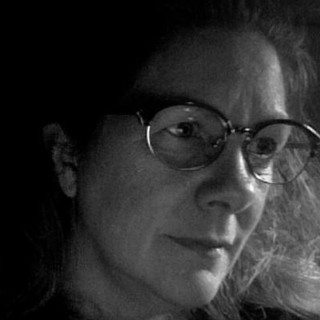